Finally We Got the Vaccine!

It’s now been 2-3 weeks since both my husband and myself have received our first dose of the Pfizer Covid-19 vaccine. Phew! Now waiting for the second dose which unfortunately will only be given to us in July.

Yes, we all know the recommended interval should be 3 weeks and not 4 months. But this is what was decided here in Quebec, Canada and there’s nothing we can do about it.

Still I’m happy more and more people are getting vaccinated despite there still being many who oppose vaccination for various reasons. Ignorance is the main reason. 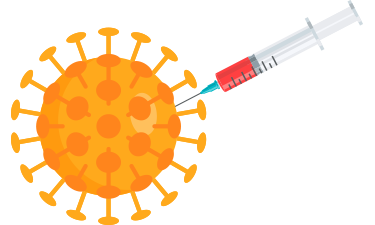 Posted in Stuff | Comments Off on Finally We Got the Vaccine!

In Quebec, Canada, we’re being subjected to ever increasing restrictions and they are based on  daily data that’s interpreted in a flawed manner. The government has reacted to results showing 1000+ positive cases daily by imposing even stricter rules. But at the same time there are more and more tests being administered daily. A lot more.

The wrong metrics are being reported. The percentage of positive cases vs the total number of tests on a given day rather than the total positive results would be much more meaningful.

Right now that’s 3-4% positive and it’s been that for the last couple of weeks at least.

Never mind how many positive cases are reported.

Produce the graphs using the calculated percentages and you’ll see not only a clearer picture, but one that is actually correct.

Maybe then we can have our normal lives back.

This website uses cookies to improve your experience while you navigate through the website. Out of these cookies, the cookies that are categorized as necessary are stored on your browser as they are essential for the working of basic functionalities of the website. We also use third-party cookies that help us analyze and understand how you use this website. These cookies will be stored in your browser only with your consent. You also have the option to opt-out of these cookies. But opting out of some of these cookies may have an effect on your browsing experience.
Necessary Always Enabled
Necessary cookies are absolutely essential for the website to function properly. This category only includes cookies that ensures basic functionalities and security features of the website. These cookies do not store any personal information.
Non-necessary
Any cookies that may not be particularly necessary for the website to function and is used specifically to collect user personal data via analytics, ads, other embedded contents are termed as non-necessary cookies. It is mandatory to procure user consent prior to running these cookies on your website.
SAVE & ACCEPT